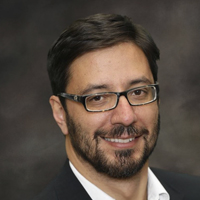 Professor at the Institute of International Relations/USP

Currently, Guimarães is a Visiting Researcher in Political Science at the University of Yale (2008-2009), an Associate Professor at the Institute of International Relations at USP and an Associate Editor of the prestigious academic journal Foreign Policy Analysis. He is on a productivity scholarship from the National Council for Scientific and Technological Development (CNPQ) (level 2). Guimarães studies the identity of Brazilian foreign policy as well as public opinion on Brazilian foreign policy. He was Visiting Fellow in the Department of Political Science at Yale University (2019-2020) and Program Chair of the 2020 Annual Meeting of the International Studies Association (Honolulu, Hawaii, USA).