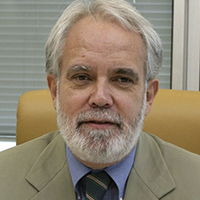 Trustee at the Brazilian Center for International Relations (CEBRI). Armando Mariante was President of Scotiabank (Bank of Nova Scotia, third largest Canadian bank) in Brazil. Before that, he was Vice-President of the National Bank for Economic and Social Development (BNDES), responsible for industry, foreign trade and culture.

He was a career employee, having held several other positions at BNDES. He also served as President of INMETRO - National Institute of Metrology, Quality and Technology. Mr. Mariante was a director of BBM Bank and worked at FAO - United Nations Food and Agriculture Organization, in Rome.