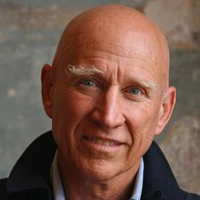 International Advisor to the Brazilian Center for International Relations (CEBRI). He is currently working on a photographic project on indigenous communities in Brazil and the protection of the Amazon. He has received numerous awards for his photographic work.

He is a Goodwill Ambassador for UNICEF and an honorary member of the Academy of Arts and Sciences in the United States. He was commissioned by the Order of Rio Branco in Brazil and is the Commandeur de l'Ordre des Arts et des Lettres by the French Ministry of Culture and Communication.

In 2016, he was elected a member of the Académie des Beaux-Arts de l'Institut de France and was named Knight of the Legion of Honor also in France. He received the Itamaraty Award for Cultural Diplomacy from the Ministry of Foreign Affairs at the Brazilian Embassy in Paris.

Also in 2016, in Brazil, he was named Doctor Honoris Causa, Federal University of Espírito Santo. He was recently elected an honorary member of the American Academy of Arts and Letters, in the USA, and was honored with the German Book Trade Peace Prize. An economist by training, he began his career as a photographer in Paris in 1973. In 1994, together with Lélia Wanick, they founded the photographic press agency, Amazonas Images.

He travels to more than a hundred countries for photographic projects which, in addition to numerous publications in the press, were presented in book form, with the conception and design of Lélia Wanick Salgado.

In 2014, the film Salt of the Earth comes out, a documentary on the life and work of Salgado, directed by Wim Wenders and Juliano Ribeiro Salgado, a film that was present at major film festivals, including the Cannes Festival where it received the award in the category "Un Certain Regard", and the Jury Prize - the film was nominated for the Oscar for best documentary in 2015.