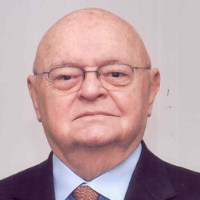 With a bachelor's degree in law from the Pontifical Catholic University of Rio de Janeiro (PUC-RJ), Ambassador João Clemente Baena Soares was elected in 2009 to the Inter-American Juridical Committee (IAJC) of the OAS. For his recognized work as a jurist at the Commission on Human Rights of the United Nations (UN), in 2006 he was appointed to the High-Level Panel on Threats, Challenges and Change.